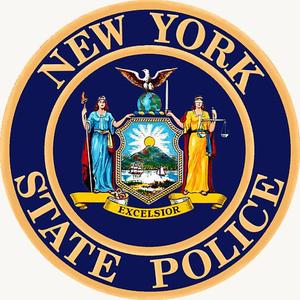 North Salem, New York – On April 16, 2019, the New York State Police from the Somers barracks arrested Quintin Rodriguez, age 27, of Rockaway Beach, NY, for Reckless Endangerment in the 2nd degree, a class A misdemeanor, and Reckless Driving, an unclassified misdemeanor.

At approximately 2:00 p.m., Troopers were dispatched to the area of mile marker 22 northbound on Interstate 684, just north of exit 7 (State Route 116), in the town of North Salem for a personal injury motor vehicle crash.  Troopers found one damaged vehicle on the shoulder of Interstate 684, and a second vehicle on State Route 22.  Investigation found Rodriguez, operating a 2019 Kia Optima, was racing an unidentified vehicle northbound.  While racing, Rodriguez sideswiped a 2007 Acura RDX causing it to strike the guide rail, then overturn, and fall onto State Route 22.

The operator of the overturned vehicle, Sara Sendra-Heredia, age 22, of Danbury, CT, sustained minor injuries.  Rodriguez was subsequently arrested, and the investigation remains on-going to identify the vehicle he was racing.

Rodriguez was arraigned before the town of North Salem Court, and remanded by the Honorable Judge Aronian to the Westchester County Jail in lieu of $1,000 cash bail or $2,000 secure bond.  Rodriguez is next scheduled to appear before the Court on April 29, 2019, 6:30 p.m.