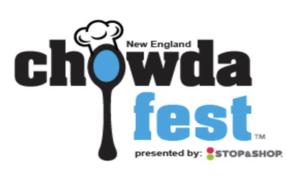 Westport, Conn – CT Governor Ned Lamont has officially proclaimed Oct 6, 2019 as Chowdafest Day in the State of CT.  This continues the recent tradition of state governors of the past 9 years.  “We’re very proud of the distinction,” said event director Jim Keenan.  “They don’t hand them out to everyone” he continued.  This marks the fifth consecutive year that the event will be held at Sherwood Island State Park in Westport. making it the largest event at the state’s oldest park.

Attendees enjoy unlimited sampling of chowder, soup and bisque while rating everything they try.  Over 30 distinguished restaurants from all over New England had been invited to battle it out in this year’s people’s choice competition.

Chowdafest presented by Stop & Shop benefits Food Rescue US in the ongoing fight against food insecurity.  Over 2 million meals have been funded through Chowdafest in the past 4 years alone and the event hopes to add another half million meals to that number.  For additional information about Chowdafest, please visit www.chowdafest.org or email event director, Jim Keenan at This email address is being protected from spambots. You need JavaScript enabled to view it. .