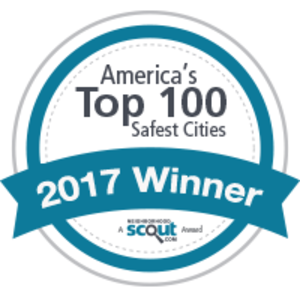 NeighborhoodScout, a nationwide neighborhood search engine and provider of location based analytics for real-estate investors, mortgage professionals and homebuyers, has just released its Top 100 Safest Cities list for 2017, five of which are located in the Nutmeg State!

“Our research reveals the 100 safest cities in America with 25,000 or more people, based on the total number of property and violent crimes per 1,000 residents,” says NeighboorhoodScout. Crimes include burglary, larceny-theft, motor vehicle theft, murder, rape, armed robbery, and aggravated assault.

According to NeighborhoodScout, data used for this research are 1) the number of total crimes reported to the FBI to have occurred in each city, and 2) the population of each city.

View the complete list of 2017 safest cities in the U.S. here.

Read the FAQ on the safest cities in America are ranked.