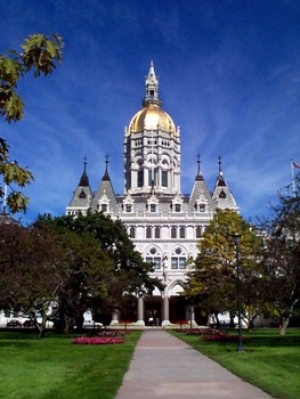 In preparation for the 2016 legislative session, the legislature’s General Law Committee created a new working group to take a closer look at state laws related to liquor and alcohol.

Some of these changes were applauded. Others were seen as new burdens on small family owned businesses. Either way you look at it, Connecticut has the opportunity to take steps next year to further adjust alcohol laws.

To get a better idea of what concerns are on people’s minds, the General Law Committee’s working group invited lobbyists and industry leaders to participate in small discussion groups where they will analyze specific topics and write reports on their findings to be presented to the entire group in December.

So far, some interesting ideas were floated around the group during the first meeting last month.

Others continue to raise concerns about pricing and taxes. Many questions surround minimum bottle pricing, price controls, and “channel pricing” -   a situation where a state requires a product be sold to a restaurant at a certain price but then requires the same product be sold to a package store at a different price. Others expressed a desire to pursue reduced consumer level and state excise taxes.

As the working group looks at these issues among others, we hope to answer the following questions:

What do you think about Connecticut’s liquor laws? Please feel free to share your ideas with me or any other member of the General Law Committee
. We’re talking, we’re questioning and we’re listening!

Editor's Note: Sen. Ted Kennedy, Jr. represents us here in the 12th District. He will be at Scranton Library next Wednesday, the 23rd for questions and discussion. You can also submit questions/concerns to him through the state democratic senators website, and leave comments for him on his Facebook page.