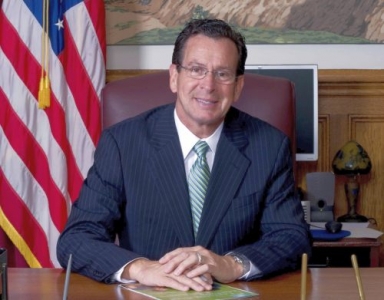 Governor Dannel P. Malloy and Lt. Governor Nancy Wyman are applauding a vote in the State Senate this afternoon to approve a bill the Governor introduced that protects victims of domestic violence by prohibiting the possession of firearms for anyone who becomes subject to a temporary restraining order.  The bill, which received approval last week in the House of Representatives, will now be transmitted to the Governor for his signature.

Governor Malloy said, “We have a moral obligation to work to prevent needless tragedy and to make this the law.  Women in abusive relationships are five times more likely to be killed if their abuser has access to a firearm.  Between 2000 through 2012, Connecticut averaged 14 intimate partner homicides per year, and firearms were the most commonly used weapons.  When an instance of domestic violence rises to the point that a temporary restraining order is needed, we must do everything we can to prevent tragedy.  Now, Connecticut will take a commonsense step towards strengthening and enhancing our gun violence protection laws.  I want to thank every Senator who today voted to approve this bill in concurrence with the House, and I look forward to signing it in the coming days.”

Lt. Governor Wyman said, “With this legislation, we’ve taken an important step towards protecting victims of domestic violence.  Rather than endure the hand-wringing that follows a deadly family violence incident, Connecticut is addressing the threat that firearms make to victims – before a life is lost.  I thank the Connecticut Coalition Against Domestic Violence and many other partners for their tireless advocacy on behalf of victims, and applaud the Senate for ensuring that this bill got to the Governor’s desk.”

The legislation is House Bill 5054, An Act Protecting Victims of Domestic Violence.