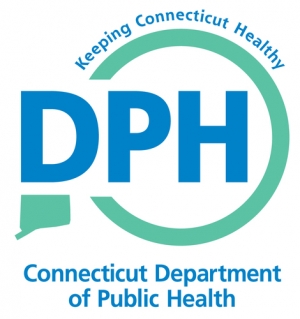 Hartford –According to the latest national survey by The United Health Foundation, Connecticut ranks as the sixth healthiest state in the nation in 2015. Connecticut has ranked among the top seven states over the past ten years.

“Connecticut’s leadership on healthcare has helped us build healthier, more productive communities,” said Lt. Governor Nancy Wyman. “More than 700,000 residents now have healthcare through Access Health CT—expanded access to preventative care, treatment for chronic conditions, and better connections to mental health care. Our work on opioid abuse prevention and our investments in school healthcare systems and anti-violence initiatives are also important parts of building strong, healthy communities. We have more to do, but the health of our residents is a top priority.”

The annual report, America’s Health Rankings: A Call to Action for Individuals and Their Communities, focuses on four groups of health determinants: behaviors, community and environment, public and health policies, and clinical care, along with resultant health outcomes to come up with a single, comprehensive view of the overall health of each state.

“America’s Health Assessment provides valuable data and analysis of some of the key factors that affect the health of individuals and communities across the state,” said DPH Commissioner Dr. Jewel Mullen. “The report highlights where we are making progress, as well as some of the critical challenges that compromise our health status. It helps inform our ongoing work to achieve a healthy Connecticut for all its residents.”

Excessive Drug and Alcohol Use Among State's Challenges

But the report also highlights challenges to the state’s health status, where it underperforms in comparison to other states. These include excessive drinking and a large disparity in health status by education level. The report noted that in the past year, drug deaths increased by 19 percent.

The Plan for Improvement

Connecticut’s State Health Assessment and State Health Improvement Plan, developed in 2014 by a broad coalition of partners lead by DPH, provides a blueprint for collective action to address some of Connecticut’s most pressing health issues, including those highlighted in America’s Health Rankings.

The plan includes strategies to reduce the proportion of people who drink alcohol excessively across the lifespan, as well as strategies aimed at reducing prescription drug misuse, rates of obesity, tobacco use, high blood pressure, falls, poor birth outcomes, and others by the year 2020.

Health equity, defined as the attainment of the highest level of health for all people, is a central tenet of the plan. During its development, there was a specific focus on disadvantaged and vulnerable populations in an effort to work toward achieving health equity and eliminating health disparities.

In 2014, Governor Malloy signed into law legislation that grants civil and criminal liability protection to a bystander who administers Naloxone Hydrochloride (known as Narcan) in good faith to someone who has overdosed. The new law is focused on reducing fatalities resulting from heroin and prescription drug overdoses. Narcan is a prescription medication that reverses an opioid overdose. It can be administered by a layperson with minimal training and is most commonly available as either an injection or nasal spray.

The DPH Opioid and Prescription Drug Overdose Prevention Program participates on the Connecticut Prescription Drug Abuse Prevention Workgroup, a collaborative of state and community partners. The group works to increase access to Narcan and reduce opioid and prescription drug overdose. The workgroup is represented on the Northeast Governor’s Opioid task force.