GBS Celebrates Fate and Triumph at the Klein, Nov. 13 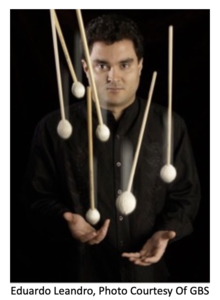 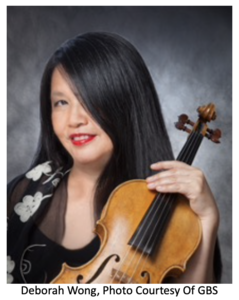 BRIDGEPORT, CT - After a triumphant season premiere at The Klein in October, the Greater Bridgeport Symphony is back with their second show of the season, Saturday November 13 at 8:00pm at the Klein Memorial Auditorium. Guest Conductor Eduardo Leandro will lead the orchestra in the most iconic of all symphonies,Beethoven’s “Symphony No. 5.”  GBS Concertmaster and violinist Deborah Wong will solo on Prokofiev’s “Violin Concerto No. 1.”  Audience members will also be treated to composer Jessie Montgomery’s critically acclaimed original piece “Starburst.”

Eduardo Leandro, originally from Brazil and currently Associate Professor of Music at Stony Brook University in New York, is excited about leading Connecticut’s finest musicians.  He says, “The concert is like a journey of fate, and a journey of faith.  Beethoven begins our journey through his ‘Symphony of Fate,’ in dark, forbidding tones, then leads us to triumph.  This is something we can all relate to as we hope that the Covid crisis will end soon.”  In keeping with GBS’ season theme Coming Together Again, Leandro also notes the coming together of the different musical styles of Beethoven, Prokofiev, and Montgomery, adding “Music transcends crises, and people coming together to rejoice in it is a very fulfilling experience.”

Deborah Wong, a violinist, Juilliard School of Music graduate, and winner of the Victor Herbert Award, will perform Prokofiev’s dramatic “Violin Concerto No. 1.”  GBS will also perform “Starburst,” an astounding original piece by acclaimed composer Jessie Montgomery who was featured in this year’s New York Times Fall Preview which stated her, “…often personal yet widely resonant music — forged in Manhattan, a mirror turned on the whole country — will be difficult to miss in the coming season.”

GBS will also host a food drive on concert night.  Donations of canned and non-perishable food items will be collected before the concert to ease the burden of families as Thanksgiving approaches.  “It’s a way we can give back to the community,” noted GBS Executive Director Mark Halstead, who also spoke about GBS bringing its full orchestra into Bridgeport’s Bassick High School to play a Dvorak symphony in October. “We want to be where we’re needed most, and to bring this music to these kids in Bridgeport, who have never heard its like before, was as enlightening for the musicians as it was for the students.”

GBS opened its season on October 16 at The Klein to universally happy reviews.  Vaccination/Covid test checking was done at the door, and all concertgoers wore masks.  The Klein has developed reputation in during the pandemic as a safe and clean venue, and the precautions were much appreciated by the attendees. GBS Music Director Eric Jacobsen was visibly emotional as he welcomed the crowd to the season opener.  “It’s so great to be back here with family again,” he said, and promised a season full of surprises and great music.

Jacobsen is also excited that GBS’ first album in decades, Blue as the Turquoise Night, will be released on November 12 and be available at the concert for $20.00 per CD.  Guest artists Kayhan Kalhor, Sandeep Das, and Karen Ouzounian perform an exotic variety of music on this album, which has been in production for over two years.  It was recorded by GBS in Bridgeport at Just Right Studios on Wood Avenue.  “It’s a real Bridgeport project!” says Jacobsen.

Tickets for the November 13 show range from $18.00 to $65.00 and available through www.GBS.org.  Subscriptions at substantial discounts are still available.  Patrons subscribing for a full season may request a complimentary eSubscription – all Season 76 concerts are available for home viewing with issue dates three weeks after the concerts. Family discounts can also be arranged by calling GBS at (203) 576-0263.