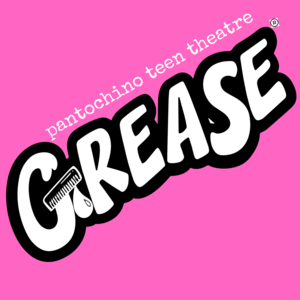 Here is Rydell High’s senior class of 1959: duck-tailed, hot-rodding Burger Palace boys and their gum-snapping, hip-shaking ‘Pink Ladies’ in bobby sox and pedal pushers evoking the look and sound of the 1950’s in this rollicking musical. Head ‘greaser’ Danny Zuko and his new girl Sandy Dumbrowski try to relive the high romance of their “Summer Nights” as the rest of the gang sings and dances its way through such songs as “Greased Lightning,””Its Raining on Prom Night,” “Alone at the Drive-In Movie” recalling the music of Buddy Holly, Little Richard and Elvis Presley that became the soundtrack of a generation.

Celebrating the show’s fiftieth anniversary, “Grease” was written by Jim Jacobs and Warren Casey, premiering in Chicago before moving to Broadway in 1972. The story was adapted as a movie starring John Travolta and Olivia Newton-John in 1978, and a live television special premiered in 2016. “Grease” is among the world’s most popular musicals.

Sponsored by The Milford Bank with support from The Community Foundation of Greater New Haven, CT Humanities and the Connecticut Department of Economic and Community Development Office of the Arts, musical is produced through special arrangements with Concorde Theatricals, New York City.

Pantochino Teen Theatre allows young actors the opportunity to work with professional directors and designers outside the academic setting, on a schedule matching that of professional summer theater. Grease has been cast, learned and rehearsed in an immersive ten rehearsals. Bernardi directs the show with Justin Rugg as musical director and Steve Cardona, choreographer.

Performances of Grease are Friday, August 12 at 7:30pm and Saturday August 13 at 2 and 5:30pm. More information and tickets are available online at www.pantochino.com