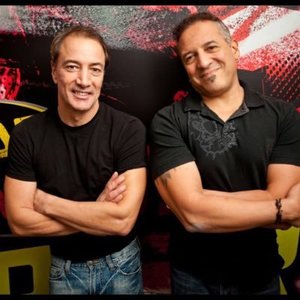 Chaz and AJ, the co-hosts of Connecticut’s most popular morning show “Chaz and AJ in the Morning,” heard on 991 WPLR FM and 959 WFOX FM, have been giving updates on the power restoration from the aftermath of Tropical Storm Isaias and talking to local leaders, who are irate with the response from the power companies.

“When the power is out, our show transforms into a resource for the listeners. We hope to give them news, updates, information and hopefully some laughs too,” Chaz stated.

Chaz and AJ have been talking to local leaders, including area mayors, who have voiced their dissatisfaction with the response, or lack thereof, from the power companies.

“It is insulting and ridiculous how our power company here, United Illuminating Company, is responding and not responding to residents, not only seniors that are handicap disabled but insulting over the phone to public officials, myself included,” said Bridgeport Mayor Joe Ganim.

Norwalk Mayor Harry Rilling added, “We’ve held table top exercises with Eversource and we’ve had plans in place. But the minute we have something of this magnitude, all the plans go out the window. Their silence is deafening. I’ve been trying to get a representative to speak with me and I don’t get a call back. It’s absolutely unacceptable and they’ve failed miserably.”

“We’ve had four major storms in the last ten years. You’d think you’d figure it out by now. You’d think you’d have an answer to this and clearly you don’t,” said Danbury Mayor Mark Boughton about Eversource. “You just raise rates, you send out these offensive bills last month and now we turn around and you can’t even keep the power on. All of them ought to resign.”

Tomorrow morning (Friday) at 7:20am Chaz and AJ will get an update from Mitch Gross from Eversource. Plus Mayors Rilling and Ganim will call in at 7:00am and Mayor Boughton will call in at 8:30am.