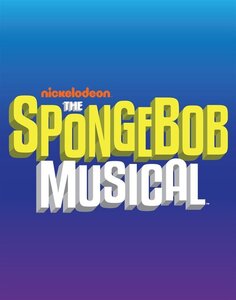 Award-winning Pantochino Productions Inc has announced registration for its Summer Teen Theatre production of “The SpongeBob Musical.” The immersive two-week program allows young actors 12 to 18 years old the opportunity to learn, rehearse and perform a full-scale musical working with professional directors, choreographers and designers. Dates for the program are July 26-August 8, 2021.

“The SpongeBob Musical” is based on the Nickelodeon series by Stephen Hillenburg and features book by Kyle Jarrow. Original songs are by Yolanda Adams, Steven Tyler and Joe Perry of Aerosmith, Sara Barielles, Jonathan Coultron, Alex Ebert of Edward Sharpe & The Magnetic Zeors, The Flaming Lips, Lady Antebellum, Cyndi Lauper, John Legend, Panic At The Disco, Plain White T’s, They Might Be Giants, T. I. and songs by David Bowie, Tom Kenny &Andy Paley. Additional lyrics are b Jonathan Coulton and additional music is by Tom Kitt. The musical was conceived by Tina Landau. The show is presented with special arrangement with Concorde Theatricals.

“The SpongeBob Musical” will be directed by Bert Bernardi with musical direction by Justin Rugg. Becki Walter Arena will choreograph. Rehearsals will take place Monday-Friday 9am to 3pm at Pantochino Studios in the Connecticut Post Mall. The location for performances on August 6-8th will be announced pending updated COVID-19 protocols.  The program is limited to 30 participants, first come first served.

Registration form and details are available at www.pantochino.com