Guys and Dolls at ACT of CT, Meet the Local Stars: Val Moranto 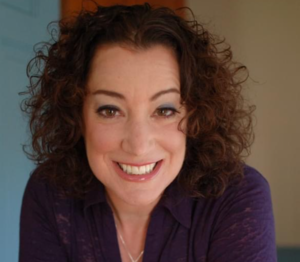 A: I moved to Connecticut full-time (with my husband) from NYC in 2011. I had lived in NYC for 12 years before that. We bought a house in 2007 and lived in both CT and NYC for four years as I couldn’t think of committing to leaving NYC and moving to the beautiful woods of North Guilford. But now being here full time for 11 years, I love it! It is truly the best of both worlds living/working in CT and still doing lots of TV/Film work in NYC!

A: Regional theatres like ACT of CT are super important because they bring Broadway-caliber productions to their communities for those who cannot get out to see shows on Broadway or in other larger cities. ACT of CT gives so much back to the beautiful community of Ridgefield and receives so much love and support from that community in return!

Q: You have worked in so many productions at so many theaters across the country. This will be your third show at ACT of CT. What is it about ACT of CT that keeps you wanting to return?

A: With one Broadway show and two Broadway National tours on my checklist, plus the various regional theatres I’ve worked at, ACT of CT has been one of my all-time favorite regional theatres to work at! What truly keeps me coming back are so many factors including how well I have been treated by the staff, the gorgeous production values and the true collaboration of the top-notch creative teams while working with their actors!

But the #1 reason for me, personally, is Daniel C. Levine’s brilliant visions and thinking outside the box with his masterfully produced & directed productions. For me, it has meant so much to me for Daniel to see me in so many versatile ways and roles: trusting that I could swing Smokey Joe’s Café and truly capture the various different and fierce women in that show; knowing that for Jesus Christ Superstar, I had a pretty hardcore rock voice to contribute but could also execute a strong-featured character like the Female Authority Figure; and then to turn around and give this Gospel, Soul Singing, R&B girl a chance to be in my 1st classic show like Guys and Dolls! He has given me opportunities that no one else would necessarily take a chance on. I feel like it is a nurturing environment in which to create and play and take risks and for that, I couldn’t be more thankful.

Working & creating at ACT of CT truly feels like my home away from home!