IT HAPPENED IN MILFORD WEEK 27 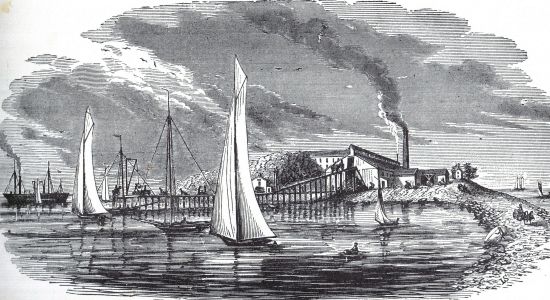 In 1868 George W. Miles started a new business on Charles Island. He leased part of Charles Island and started a plant to process Menhaden (Bunkers) into fish oil and fertilizer. The Miles Company received worldwide acclaim for the quality of its oil. Nevertheless, after a time its hours of operation came under town jurisdiction; the reason being that the smell from the plant permeated the shore and disgruntled nearby citizens.

In 1972 there was a battle between commercial fishermen and sports fishermen. Christopher Scanlon in a feature article from the August 12th edition of the Milford Citizen described a battle for "Bunkers" or Menhaden. Bunkers have been in our waters before the settlers purchased Milford from the Indians. There was a law playing out in court about how close to shore a commercial fishing boat could come. On Tuesday, August 7 a bunker boat, "Tideland," out of New Jersey came within a half-mile of Milford's beaches. From 5 a.m. to 10:30 a.m. it netted 800,000 bunkers. It then moved further down the coast. Some local fishermen claimed that the bunker population never recovered.

For more information the City of Milford's 375th Anniversary Celebration visit www.milfordct.375.org or email This email address is being protected from spambots. You need JavaScript enabled to view it.