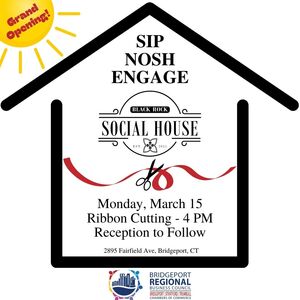 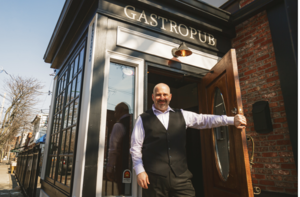 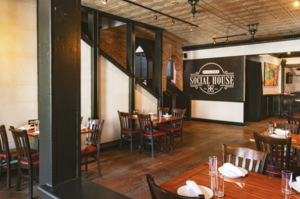 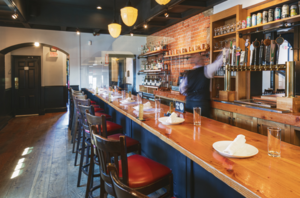 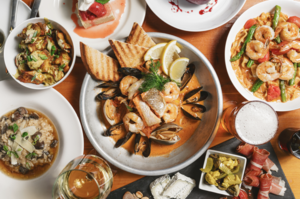 Black Rock Social House is spearheaded by Mark Turocy, a seasoned professional whose 30 years of experience in the restaurant industry is punctuated by such career highlights as creating The Comedy Store’s first food program in the company’s 40-year operating history in Hollywood, CA. He went on to a General Manager position, closing the original concept of Henry’s Hat and launching Spoonful, a popular Hollywood location for shooting movie scenes. In 2014, Turocy moved to the east coast to serve as the General Manager of Rizzuto's Oyster Bar and Restaurant in Westport, CT. Under his leadership, the restaurant was named one of the "Top 100 Restaurants in the United States" from OpenTable. He briefly returned to the west coast to expand operations at Angel City Brewery and Au Fudge, then settled back in Connecticut to manage New Haven’s Belgian-inspired Atelier Florian. Ultimately, he discovered 2895 Fairfield Avenue, formerly occupied by Walrus + Carpenter, which closed in March 2020. It was the perfect location for Turocy’s first ownership endeavor.

"I am honored and excited to be a part of the diverse Black Rock community," Turocy said. "It has always been a dream of mine to create a space that encourages social interaction, provides 'feel good' comfort food from around the world, and offers unpretentious service to anyone who visits. No matter who you are, where you are from, or what you believe in, you are family and always welcome here."

The Black Rock Social House menu is an international representation of hearty comfort food and bold flavors, and is 100% gluten-free. The culinary team is led by Executive Chef Jacob Raitt II, formerly of Washington, DC, and a culinary graduate of Baltimore International College. Chef Raitt opened his first restaurant, Fells In Point, in 2009, in the Fells Point neighborhood of Baltimore. The eatery was known for its exotic meats, modern techniques, and elevated twists on favorite comfort foods. Chef Raitts’ experience with Japanese, French, Mediterranean, Caribbean, Mexican, and South American cuisines has also contributed to such local hot spot menus as The Chelsea in Fairfield, Cask Republic in Stamford, and Mezon Tapas Bar & Restaurant in Danbury. Now a local Black Rock resident, Chef Raitt has created a vibrant and original menu, adding a broad flavor palette to the neighborhood’s thriving restaurant scene.

True to the Black Rock Social House concept -- an old-school gastropub with a fresh approach -- the historic integrity of the building has been meticulously preserved. Gorgeous woodwork, iron fixtures and large windowpanes wrap the restaurant’s multiple levels and dining areas that are filled with dark wood furnishings and vintage light fixtures.

Guests can look forward to Social Hour food and drink offerings to end the day, live music with local talent, an LGBTQ fabulous gathering place, and a restaurant and bar for what people need today.