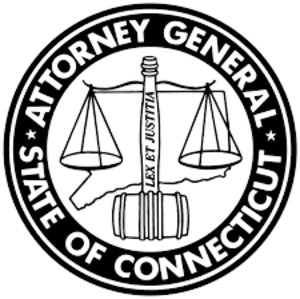 The rule will significantly restrict access to reproductive health services and information for women and families. The lawsuit was filed in the U.S. District Court in Eugene, Oregon and led by Oregon Attorney General Ellen Rosenblum and New York Attorney General Letitia James.

The complaint can be found here.  Planned Parenthood Federation of America and the American Medical Association also today filed a parallel lawsuit in the U.S. District Court in Eugene, Oregon.

"There is no space for partisan politics in the relationship between a woman and her doctor. This gag rule has immense implications for Connecticut—directly threatening access to healthcare for over 45,000 patients. If our Title X clinics are forced to close, other clinics here simply will not have the capacity to meet the surge in need. This gag rule is a clear violation of the Constitution and administrative procedures and I am confident our lawsuit will prevail in court," said Attorney General Tong.

Over 45,000 patients are currently served by clinics in Connecticut operated by Planned Parenthood of Southern New England and Cornell Scott-Hill Health Center receiving approximately $2.5 million in Title X funding.  If those clinics close or are forced to withdraw from Title X, other health care providers in Connecticut would need to more than triple their contraceptive client caseloads to meet the demand—an increase not feasible with existing funding and staffing levels at other clinics.

The lawsuit filed today alleges that the Title X rule, if implemented, would reduce access and erode the quality of reproductive health care that Title X was originally intended to provide. The new rule would also interfere with the health care provider and patient relationship by limiting what a doctor can say to a patient.

Under the new rule issued by the U.S. Department of Health and Human Services, providers in any clinic that receives Title X funding will be barred from referring a patient for an abortion (even if she requests that information), and in many circumstances even discussing an abortion with a patient. The new rule also mandates a referral for prenatal care for every pregnant patient, regardless of the needs or the wishes of the patient.