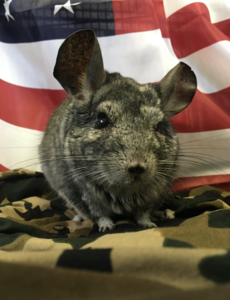 BRIDGEPORT, Conn. – The election to decide Connecticut’s Beardsley Zoo’s first Mayor concluded peacefully on Tuesday, November 3 at 8 p.m. All votes were counted and Wiggles the Chinchilla was declared the Mayor of the Zoo this morning. The 18-year-old ambassador animal, long a favorite of ZooMobile visits and children’s birthday parties, thanked his supporters and promised to be a mayor for all the animals.

The other six candidates have all conceded the race. The Apex Predator Party issued a statement on behalf of Kallisto the Amur leopard, promising allegiance to Wiggles. As the second-place winner, Kallisto will serve as runner up in the event that Wiggles is unable to fulfill his duties through the duration of his 12 month term.

The highly contested race was decided by online votes, with the general public voting for the candidate of their choice by making a one-dollar donation for each vote. The total donations received by the Zoo totaled $4546.

“While we celebrate Wiggles as our new mayor, the real winner of this election is the Zoo,” said Zoo Director Gregg Dancho. “Like other non-profit organizations throughout the nation, the Zoo has experienced the difficulties of dealing with the pandemic. We thank everyone who voted for their generosity in supporting this fundraiser.”