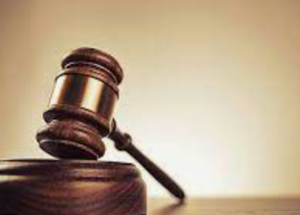 Governor Ned Lamont today announced that thousands of Connecticut residents convicted of cannabis possession are set to have these records cleared in January using an automated erasure method.

Records in approximately 44,000 cases will be fully or partially erased. The policy is an integral part of the 2021 legislation Governor Lamont signed into law to safely regulate the adult use of cannabis.

“On January 1, thousands of people in Connecticut will have low-level cannabis convictions automatically erased due to the cannabis legalization bill we enacted last year,” Governor Lamont said. “Especially as Connecticut employers seek to fill hundreds of thousands of job openings, an old conviction for low-level cannabis possession should not hold someone back from pursuing their career, housing, professional, and educational aspirations.”

Residents who have had their records erased may tell employers, landlords, and schools that the conviction never occurred.

How people will receive erasure will depend on when they received their conviction. Specifically:

The Clean Slate automated erasure system is expected to be fully implemented during the second half of 2023. Implementation involves significant information technology upgrades to allow criminal justice agencies to send and receive data to determine who can have their offenses erased and to update record systems. The state already has invested more than $5 million to implement information technology upgrades as part of a large-scale system development and integration project spanning multiple state agency systems. The information technology systems involved are complex, and some are outdated. In addition, significant interpretation issues may require clarification by the General Assembly this session, as detailed in a letter delivered to the co-chairs of the Judiciary Committee by the Connecticut Criminal Justice Information System Governing Board.

People eligible for Clean Slate include those who have not had any other criminal convictions for seven or ten years (depending on the conviction to be erased), have completed sentences for all crimes for which that person has been convicted, and meet other eligibility criteria under the laws. Eligible offenses include most misdemeanors, most Class D and Class E felonies, and most unclassified felonies with a possible prison sentence of five years or less.

Further information on Clean Slate and cannabis erasures, including implementation updates and instructions for filing petitions, will soon be provided on a forthcoming state website.