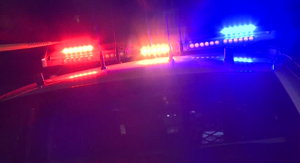 Update on the New Haven shooting of April 16

This update provides further information on the shooting incident that took place yesterday in New Haven. The original notification about this matter sent to the Yale community last night can be found here. Yale President Peter Salovey has written to the Yale community this evening: you can find his letter here.

Tragically, the police response resulted in a woman, who was a passenger in the vehicle, being shot. She was transported to Yale–New Haven hospital for treatment.  Fortunately, her injury was not life-threatening.

Yale police officers are trained to interact with community members in a respectful and professional manner. Many of our officers are from the New Haven community, and all of them take great pride in how they engage with the community, both on and off duty.

The State’s Attorney’s Office and the Connecticut State Police are investigating this shooting. They have assured us that this case is a priority, so we are hopeful the investigation will be resolved as quickly as possible.

Yale is fully cooperating in the investigation, and we will share publicly whatever information we can as quickly as we can.

If you have any information that could help the investigation, please share it with the Connecticut State Police at 860-685-8190. Callers can remain anonymous.

Hamden Police Department reports that police officer involved in yesterday’s shooting on Dixwell Avenue and Argyle Street in New Haven is identified as Officer Devin Eaton. Officer Eaton has been a law enforcement officer for 4 years and 8 months. He has been employed as a Hamden Police Officer for 2 years and 10 months.

Officer Eaton has been placed on administrative leave.