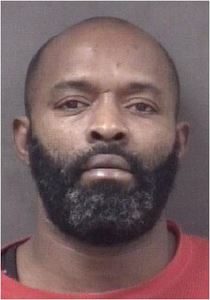 Arrest made by Milford Police

On December 6, 2019 Milford Police took custody of Kirk Brown (B/M, 45) 35 Pleasant St, Bridgeport in regards to an active warrant for his arrest.

On the morning of November 14, 2019, Brown and another male were involved in a physical altercation at an Oronoque Rd business where they were both employed. Brown is accused of attacking the victim with a machete causing a non-life threatening injury.

Brown was charged with: