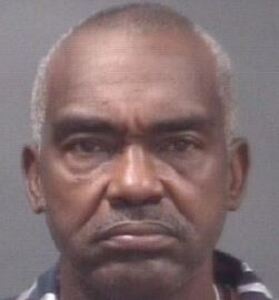 On September 26, 2020, Melvin Person (B/M, 59) of 476 Hollister Street in Stratford turned himself into Milford Police in regards to an active warrant for his arrest.

On October 5, 2019, Milford Police responded to the Devon Motel, 438 Bridgeport Avenue, on the report of an unresponsive male who was later declared deceased. An investigation was conducted by Detective Sergeant Youd and this death was determined not to be a homicide.

During the investigation, it was found that the vehicle belonging to the deceased was missing and determined to be stolen. The vehicle was later located, processed by detectives, and DNA linked Person to the vehicle. An arrest warrant was then issued for Person.

Person was charged with: Larceny 3rd Degree Person was released on a PTA and will appear in Milford Court on November 2, 2020.