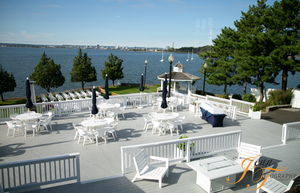 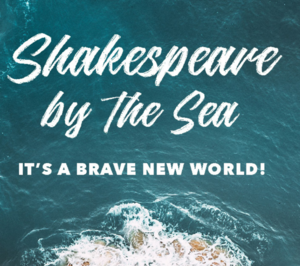 Performances aren’t the only thing to which Elm Shakespeare Company is returning in 2022. Their annual fundraiser gala will bring Shakespeare seaside this year on September 14, with a silent auction and live paddle raise at Amarante’s Sea Cliff in New Haven.

Following a handful of limited-capacity fundraising events in 2021, this year’s gala is Elm Shakespeare’s first in-person fundraiser since Covid-19 put large public gatherings on hiatus. While past galas were typically held at Edgerton Park in the final week of performances of Elm Shakespeare’s season, this year felt like the right time to renew the longstanding tradition with a later date and new venue.

The online auction—which opens today—includes dinner packages, island getaways, and health and beauty packages in addition to the opportunity to support Elm Shakespeare’s youth and educational programs. Thanks to Handbid, the online ticketing, bidding, and donation system Elm is utilizing for all gala payments this year, anyone may participate in the auction, whether attending the in-person event or not.

In addition to Free Shakespeare in the Park, Elm also has plenty for its patrons to support in the form of their many educational programs, most notably their Elm in Residence program, for which they recently received a grant from the Seedlings Foundation. Gala attendees can directly support these programs during the night’s Educational Paddle Raise, to be hosted by Special Guest Auctioneer, Joe Bertolino, President of Southern Connecticut State University.

The evening promises, like Elm’s production of The Tempest, to be a celebration of live theatre and the magic of experiencing it in-person. In addition to the buffet, wine, beer, and specialty cocktail courtesy of The Ordinary, guests will enjoy live entertainment in the form of selected scenes from Shakespeare’s works. As Miranda opines in Act 5, Scene 1: “O, brave new world, that has such people in't!” Attendees will also have the opportunity to celebrate the new Alexander Clark Playhouse Stage and honor the generous gift donated by Technolutions founder and CEO, Alexander Clark.

The 2022 Annual Elm Shakespeare Company Gala, Shakespeare by the Sea, will be held September 14 at 5:30pm, at Amarante’s Sea Cliff, 62 Cove Street, New Haven. Tickets are available at $250 per person and $150 per person. Full bar available on cash basis. Early bidding is open now for silent auction items. The online auction is open to all and does not require an event ticket to participate.

To purchase tickets, view auction items, and for more information, visit the event page on Handbid: Shakespeare by the Sea.