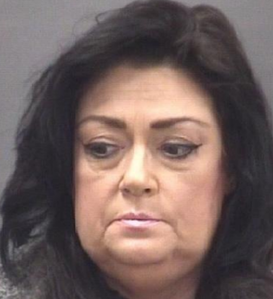 On Friday, February 12, 2021 at about 5:00 AM Milford Police were contacted by the medical staff at Bridgeport Hospital, Milford Campus, and advised of a male patient there suffering from a laceration that was serious but not life-threatening.

An initial investigation by police found the injury happened at the Red Roof Inn, 10 Rowe Ave, during a possible domestic violence incident between the male and a female that was staying at the motel with him. The male has already been arrested in this case for violating an active protective order, protecting the female. During the investigation conducted by detectives, it was learned that Geraldine Kozej (W/F, 55) of  Jackson Avenue in Stratford was in violation of an active protective order, protecting the male that was previously arrested.

An arrest warrant was issued for Kozej and she was arrested on March 11, 2021.

Kozej was charged with: Violation of a Protective Order Kozej was released on a $25,000 bond and will appear in court on March 12, 2021