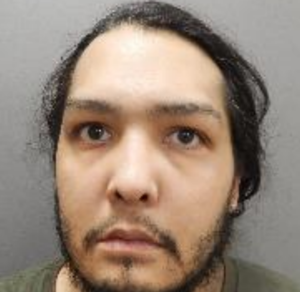 Milford Police and Fire Departments report that on October 11, 2022, they responded to a medical emergency at 5 Schooner Lane, Apartment 3L where they found a 37-year-old female from Farmington, CT deceased.

"After a lengthy investigation, the resident of Apartment 3L, David Edward Vasquez, 35, of 5 Schooner Ln, Apartment 3L, was arrested for Cruelty to Persons," police say.

According to the police report, Detectives discovered that David Vasquez, attempted to administer his own aid to the decedent, which was unsuccessful and after a long period of time he finally called 911 for help. Milford Police Detectives searched the apartment of David Vasquez and discovered over 1 ounce of methamphetamine and over 1 ounce of fentanyl. After further investigation, MPD Detectives located and searched 2 storage units located in Milford, CT. The search yielded over 1.5 pounds of methamphetamine, over 2 pounds of fentanyl (including pills), and a semi-automatic handgun.