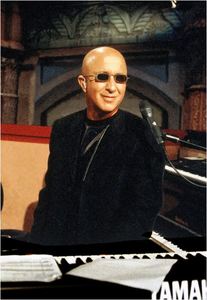 Bedford’s Paul Shaffer, longtime late-night TV band leader and sidekick for David Letterman, will be a special guest performer this Thursday at 7 p.m. at Harvey Presents: Grace Kelly and Kirsten Maxwell in the Walker Center for the Arts in Katonah.

In what promises to be an outstanding evening of musical entertainment, Shaffer, a singer, composer and musician, will take Harvey’s Lasdon Theater stage in the show headlining two young, rising stars in the music industry.

Grace Kelly, a singer and saxophonist who tours nationally and internationally, has also performed several times in the house band for “The Late Show with Stephen Colbert.” She is a recent winner in the John Lennon Songwriting Contest. Kirsten Maxwell, who accompanies herself on guitar, has been compared to Joan Baez, Judy Collins and Joni Mitchell. The New York native has opened for several top acts, including Melissa Etheridge. Each young artist will perform as part of a double bill.

Tickets for Harvey Presents: Grace Kelly and Kirsten Maxwell are $30 for adults and $20 for students.

For more information or to purchase tickets for the event, visit https://www.harveyschool.org/arts/harvey-presents