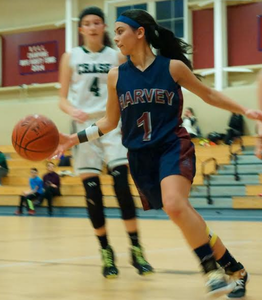 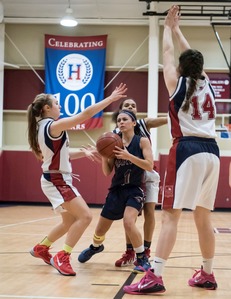 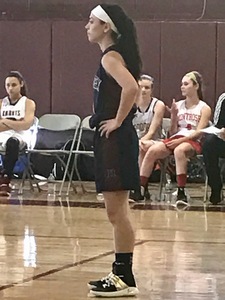 Harvey School junior Julia Mallon of Katonah capped off the 2016-2017 basketball season with another postseason award. Mallon, named All League in the Housatonic Valley Athletic League for a third year in a row, was also selected to represent Harvey at the NEPSAC All Star game held Sunday, March 5, at the Loomis Chaffee School in Windsor, Connecticut.

Playing as both a point guard and shooting guard for the West All Stars, Mallon made a couple of steals, scored a basket and collected a few assists in the game involving the best players on teams from New England prep schools.

“It was really an honor to play with such talented players,” Mallon said. ”I got a chance to see how much talent there is in the NEPSAC league,” she added.

It was Mallon’s second consecutive NEPSAC All Star Game appearance as a three-year varsity starter for Harvey. Chosen by her coaches as her team’s MVP for the second straight year, Mallon scored 316 total points, averaging 18 points per game, along with six assists and three steals per game. She had a game-high 30 points against King School.

Photos courtesy of The Harvey School