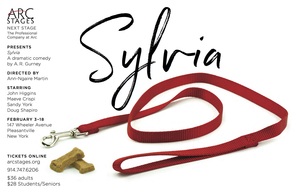 Sylvia has a timely message of the need for connection in an increasingly alien and impersonal world.