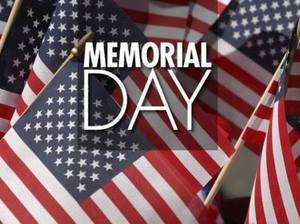 To help you get a jump on the Memorial Day weekend - the unofficial start of summer - Metro-North Railroad has extra early getaway service on Friday, May 26 and plenty of trains to get you to your destination during the long holiday weekend.

On Friday, May 26, there are 17 extra "getaway" departures from Grand Central Terminal between 1 p.m. and 4 p.m., and one extra departure from Hoboken Terminal on Metro-North's Port Jervis Line. Some late p.m. peak trains will be canceled/combined due to reduced ridership in this time period. All extra and cancelled trains are shown in the current timetable.

Three extra “getaway” trains will depart from Grand Central at:

The following trains from Grand Central will not operate:

On Saturday, May 27 & Sunday, May 28, a regular weekend schedule will be in effect.

On Monday, May 29, Memorial Day, a Sunday schedule will be in effect on the Harlem, Hudson and New Haven Lines,

Most connecting services will not operate on Memorial Day. However, the Tappan Zee Express will operate, on a Saturday schedule.

Grand Central North will be closed Saturday, Sunday and Monday.

Have a safe Memorial Day weekend!