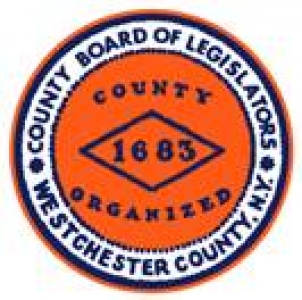 Katonah, NY - Westchester County Legislator Pete Harckham (D- North Salem) commended Mrs. Green’s Natural Market today for rehiring nine workers it fired who had advocated for joining a union, thus ending a standoff with Local 1500 of the United Food & Commercial Workers Union (UFCW) and eliminating possible sanctions from the National Labor Relations Board (NLRB). Legislator Harckham also shopped in the Katonah store this morning, ending his boycott of the store, which he had called for in February. “I commend Mrs. Green’s for finally doing the right thing and rehiring these workers,” said Harckham. “I said all along that this was not about unionization, but rather defending every worker’s right to engage in the organization process, without regard of outcome. The right to attempt to organize without recrimination from one’s employer should be absolute.” Harckham added, “Today I ended my boycott of Mrs. Green’s by shopping in the Katonah store. It was great to see my friends who work there. As long as Mrs. Green’s continues to play by the rules, I wish them much success in Westchester.”

After Harckham called for a countywide boycott of Mrs. Green’s last February, a Facebook group was formed and an online petition circulated calling for a boycott of Mrs. Green’s until the nine workers were rehired. Mrs. Green’s was cited last November by the NLRB for engaging in unfair labor practices at its Mount Kisco store. Subsequently, the store fired nine workers, several of whom were involved in a drive to organize store employees to join Local 1500 of the UFCW, which was the issue leading to the NLRB decision. The union agreed to drop its latest NLRB claim in return for the rehiring of the nine workers. Harckham also praised the union and the fired workers for their steadfastness. “I congratulate these workers and Local 1500, as well as residents who joined the boycott, for never giving up or giving in,” said Harckham. “This truly shows how grassroots pressure can make a difference.