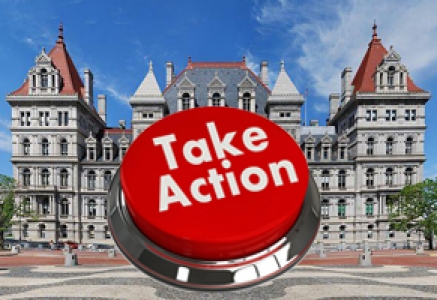 School districts across New York State are subject to many laws and regulations (commonly referred to as “mandates”) issued by the Governor and State Legislature, New York State Education Department, and U.S. Department of Education. A significant number of such mandates are formulated without input, feedback or cost-benefit analysis from local school districts, and often result in unintended negative educational and fiscal consequences.

The Chappaqua Central School District has joined in the advocacy efforts of the Chappaqua PTA and the Westchester Putnam School Boards Association to raise the voices of concerned students and parents. Elected representatives are better informed about local concerns and their magnitude, and are most likely to respond when they hear directly from their constituents. There are sample letters posted on the District’s Advocacy webpage related to three issues, which are believed to be of immediate concern to the Chappaqua Central School District and likely to gain traction with New York State government at this time.

Issue #1 - Eliminate the GEA
Over the last six years, state funding to New York school districts has been severely shortchanged. The funding deficit is the result of the State's use of an accounting maneuver called the Gap Elimination Adjustment (GEA). In 2009, NY State had trouble balancing its budget and therefore decided to use money that was legally due to public school districts to fill the gap. Hence the term GEA as the State "eliminated" its budget "gap” by taking away money our schools are entitled to receive. The State has continued this practice of underfunding schools every year since -- even now as the State promotes that it has a surplus in the budget. Districts throughout our state, even small suburban ones, are owed millions.

Issue #2 - Reform the Governor’s 2015 Education Agenda Tied to NYS Budget
The Governor’s one-size-fits all approach under the premise that public schools are failing does not address true educational needs. The increased emphasis on high-stakes standardized testing, the proposed introduction of outside evaluators with no knowledge of individual district priorities, and holding school funding hostage to counter-productive proposals, are damaging to public education.

Issue #3 - Review and Revise NY’s APPR Teacher Evaluation System
The current Annual Professional Performance Review (APPR) system has led to an over reliance on high-stakes testing, undermining educators’ ability to focus on a broad range of learning experiences that promote innovation, creativity, problem solving, collaboration and critical deep thinking that lead to student success. This has caused collateral damage such as narrowing of curriculum and teaching to the test among many other negative consequences. We believe in teacher accountability systems that recognize multiple forms of assessments reflecting a broad range of student learning, and are used to support students and improve instruction.

**TAKE ACTION NOW**
Please click here to read these letters and to voice your concerns on behalf of the 4,000+ students of the Chappaqua Central School District.