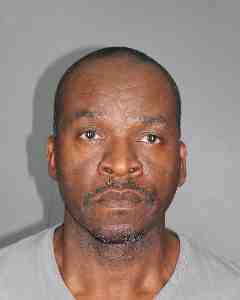 On Nov. 8, 2016, at approximately 2:15 a.m., the defendant was attempting to steal rims from a truck at a car dealership located at 175 North Bedford Rd. in Mount Kisco.

A Westchester County Police Officer was on patrol when he spotted a suspicious green Honda Odyssey van in the parking lot of the dealership. It had previously been reported stolen.

The officer pulled over the van at a traffic light but then the defendant sped off. A high speed chase ensued. The defendant then stopped the van on Knowlton Avenue, left the vehicle and began running. The officer chased the defendant through backyards eventually catching him on Dickson Lane in Bedford.

Police had been conducting increased patrols of local car dealerships in response to several thefts of tires, rims and other car parts during the overnight hours.

After the defendant’s arrest, police discovered a car jack and cinder blocks beneath a pickup truck on the car dealership’s property. The minivan he was driving had been stolen from Scarsdale in September.

The defendant also faces federal charges due to the fact that he had previously been deported back to his home country Jamaica and illegally returned to the United States. He was deported based upon his prior felony conviction relating to his participation in a car theft ring.

The defendant pled not guilty.

He faces twenty-five years to life in state prison.

This case is being prosecuted by Assistant District Attorney John O’Rourke of the Superior Court Trial Division.