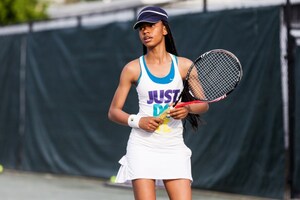 Grassroots will host a kids’ annual fundraising tournament on Sunday, August 22, 2021, from 1:00 – 6:00 p.m. Titled “Knights for Aces,” the event is sponsored by the Jon DeLuca Youth Tennis Memorial Fund/

The first annual Knights for Aces took place in 2014 at Tokeneke Club. Now entering its eighth year, the kid's tournament welcomes U10, U12, U14 and U17 doubles players, as well as Grassroots students, to Middlesex, Tokeneke, Weeburn, and Woodway Country Clubs in Darien.

Participants are asked to sign up or sponsor a Grassroots student for $55 per person here.