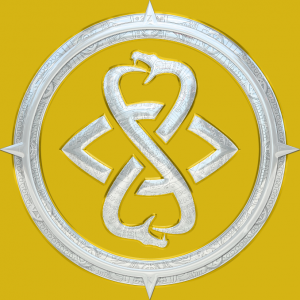 Join James Frey as part of the Authors on Stage on Wednesday January 7th, from 7:00 - 8:00pm in the Lamb Room at New Canaan Library.

ENDGAME: THE CALLING by James Frey & Nils Johnson-Shelton is an engrossing novel at the core of a groundbreaking immersive, multi-platform reading experience. The ENDGAME trilogy follows twelve teens as catastrophic events lead them on a global quest in search of three ancient keys that will save not only their bloodlines but the world.

More than an apocalyptic adventure tale, each book in the series will feature an interactive puzzle comprised of clues that will lead to the location of a hidden key. The first eligible reader to solve the puzzle for the first book and find the key will win $500,000 worth of gold. Similar to the characters in the novels, readers will embark on their own hunt for a hidden key.

The subsequent two books in the Endgame series will have progressively larger payouts. For the lucky reader who is the first to solve the puzzle in the second installment, the prize is $1 dollars and a whopping $1.5 for the third book.

James Frey will appear as part of the Authors on Stage.
Pre-registration is required: HERE
James Frey is originally from Cleveland. His first three books, A Million Little Pieces, My Friend Leonard, and Bright Shiny Morning were all #1 bestsellers in the United States and international bestsellers. His work has been published in 42 languages.