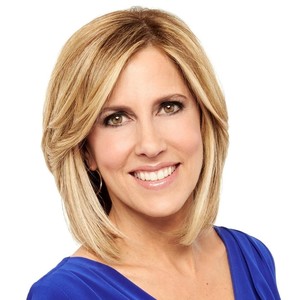 New Canaan Library is pleased to welcome CNN co-anchor and author Alisyn Camerota, who will introduce her wickedly funny and insightful debut novel, Amanda Wakes Up. Ms. Camerota will speak at the Library on Tuesday, August 1 at 6:30 p.m. in the Adrian Lamb Room. Copies of the book will be available for purchase, courtesy of Elm Street Books. Please register online at Newcanaanlibrary.org.

The world of reporting, the changing landscape of cable news, new jobs and young romance all have a voice in Amanda Wakes Up, Camerota's humorous but thoughtful first novel. When Amanda Gallo, fresh from local TV, lands a coveted morning anchor slot on a major news station she's sure she has finally made it. But a six-figure salary and plenty of prime air time is not the answer to all.  Camerota wrote Amanda Wakes Up as an outlet to process issues in her own life, such as the role of the media, what being an objective reporter means, what “truth” is, and the daily struggles of journalists to get it right in a ratings-driven climate.

Alisyn Camerota is a television journalist and the co-anchor of CNN’s New Day. She was a crime reporter for five years at the fugitive finding show America’s Most Wanted and went on to become a national correspondent. She serves on the board of Resolve, the National Infertility Association and the Dean’s Advisory Board of American University’s School of Communication.