Buried Beneath the City: The Archaeology of New York City, Presented by Dr. Jessica Striebel MacLean, in Webinar from New Canaan Library 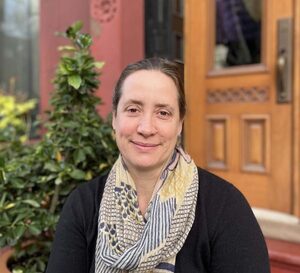 New York City is rich in history, but many don’t realize that the city’s greatest historic treasures –13,000 years of human history - lie buried beneath the busy streets. New Canaan Library welcomes Dr. Jessica Striebel MacLean, urban archaeologist, professor, and one of the authors of the forthcoming book, Buried Beneath the City: An Archaeological History of New York. Dr. MacLean will speak via live webinar on Wednesday, December 1 at 7 PM EST.

Disguised in hard hats and reflective safety vests, urban archaeologists unearth the details of everyday life, gleaning an understanding of how past New Yorkers lived and the diverse tapestry of urban life. These details are captured in the artifacts excavated throughout the city and often reveal stories the documentary record does not. Dr. MacLean will introduce the field of urban archaeology and, using the collection of the NYC Archaeological Repository, illustrate how material culture informs alternative narratives of the city’s past - from the lives of indigenous peoples to the Colonial Dutch and English settlements of New York, to the rapidly diversifying and expanding 19th-century city. She will highlight artifacts featured in the book Buried Beneath the City: An Archaeological History of New York to be published this spring by Columbia University Press.

Dr. Jessica Striebel MacLean is an urban archaeologist at the NYC Landmarks Preservation Commission and the New York City Archaeological Repository as well as an adjunct professor of Historical Archaeology. She has conducted excavations in New England, Central and South America, and in four of the five boroughs of New York City. Queens remains elusive.