Nickel Mines Opens at ACT of CT: You Will Be Moved to Dig Deep 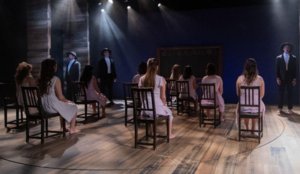 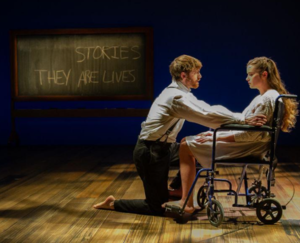 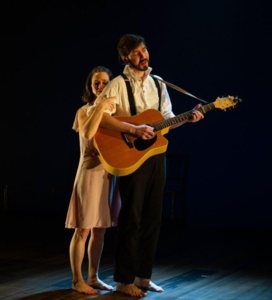 Thank you to ACT of CT for using your stage to tell one of the most important stories of all time.

“You will be moved to dig deep,” ACT of CT Artistic Director Dan Levine said.

Levine was not exaggerating - theater can move you in a way unlike any other medium can, and ACT’s production of Nickel Mines will do just that.

On October 2, 2006, in a one-room school in the Amish community of Nickel Mines Pennsylvania, the unthinkable happened. Ten young girls were held hostage by a gunman, a member of their community. Five of those girls perished, the other five were seriously wounded.

The new musical, Nickel Mines, is about what happens next. This living memorial honors the five young lives lost and lifts up the families left behind.

The effects of this senseless act are so personal, each individual, from the family members of the victims to the wife of the shooter is thrust into an unfathomable situation and emotions are running wild. How do they cope? Anger? Revenge? Hate? Forgiveness? Love?

They touch the audience in a profoundly powerful way.

We witness the incredibly personal struggle of a grieving father, a loving boyfriend, and a lonely sister as they try to struggle to cope and ultimately find a way when they choose forgiveness.

Before the performance even began, the audience had a glimpse into its impact and meaning. Artistic Director Daniel C. Levine took the stage and was moved to tears as he spoke about Nickel Mines, a show that was in final days of rehearsal when COVID shut it down in 2020.

Levine thanked Anita Donofrio who was instrumental in bringing Nickel Mines back. “She believes in this show as much as we do,” said Levine.

Those who were fortunate to see Nickel Mines this weekend were among the first to experience this incredibly powerful World premiere musical production, directed and choreographed by Andrew Palermo.

“Good theater can enter our hearts and change us,” said Levine.

Nickel Mines does that.