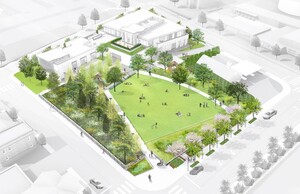 If anyone tuned into this week’s P&Z meeting, you were probably left feeling incredibly frustrated. Despite the plans being presented eloquently by the New Canaan Library architects and lawyers who provided fact-based and credible information. Disappointingly P&Z dodged having to make a decision, Chairman John H. Goodwin requested that the library find an independent consultant to scrutinize the costs to bring 1913 up to code - work already done by Turner Construction.

To date the New Canaan library has raised $17M for this plan and has a 144-year history of stewardship of the institution. In the last 12 months the New Canaan Library has spent $3M on getting these plans created. In addition, they paid $4M to acquire all the land over the previous 10 years. The land is not town property, it belongs to them and now they have to find and pay additional costs for a consultant to check on work already checked, further delaying this project.

The P&Z commissioners vote of no confidence in the integrity, diligence and generosity of the Library may derail this entire project for at least another generation. Some commissioners, referencing the "will of the community" seem to be ignoring the facts - the majority of New Canaan residents and businesses want this plan to go ahead without further delay. In two weeks, a true groundswell of 1,642 supporters signed the petition in favor of the new library and green going ahead as planned. That's TWICE as many people who signed the petition in support of saving the 1913 building.

The New Canaan Library provides an incredible service to the town of New Canaan, Connecticut, and the promise of bringing something so wonderful to downtown is a gift to all generations. This has already taken ten years of planning and now this ENTIRE project may be in jeopardy.

Watch what the children of New Canaan have to say: https://youtu.be/2GPeCn66OYs