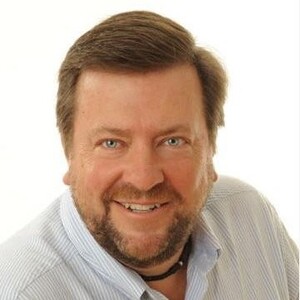 James J. Keenan, III, "Coach", died on December 23, 2020, due to complications of a stroke. He was 60 years old. He is survived by his wife Mary Ellen of 34 years; his daughter Casey, siblings: Thomas Keenan, Patrick Keenan (Min), Michael Keenan and Elizabeth Keenan Kish (Kurt), as well as several nieces and nephews.

After graduation from Fairfield University, Jim was self-employed at Game Plan Marketing and his biggest project and obsession was the annual Chowdafest. He also created the sister event, The Great Mac n' Chili Challenge.

He was involved in numerous volunteer opportunities such as serving on the Board of the Friends of Sherwood Island and the Norwalk Seaport Association. Jim was one of the top volunteers for Food Rescue US, which was also the beneficiary of his Chowdafest charitable giving.

Jim was a creative force in the community, at his church The Unitarian Church in Westport, UGNO, and within various social circles. He organized and received the 2012 Guinness Book of World Records on December 12, 2012 for the largest group of door to door caroling. He was the president of the self-created golf club without any real estate, Amberview, and organized numerous tournaments for businesses, for fun and for charities. He was also a contributing writer to Golf Digest Magazine.

Jim was obsessed with the Seattle Seahawks, a true-blue 12th man. He was also a huge fan of UConn Women's Basketball. He loved supporting his favorite teams and attending games with his daughter, Casey, and his brothers.

Jim touched so many lives with his Irish gift of gab, creativity, sense of humor, willingness to help others, and unwavering support of his friends and family.

In accordance with Jim's wishes there will be a big "Irish Wake" when COVID-19 restrictions allow. There will be no services until then. In lieu of flowers, memorial contributions may be made to Food Rescue US, P.O. Box 1316, Norwalk, CT 06856, https://foodrescue.us/ .The Shaughnessey Banks Funeral Home is entrusted with the arrangements. Sign Jim's guestbook at
www.shaughnesseybanks.com