Guys and Dolls at ACT of CT: Meet Michael McGuirk 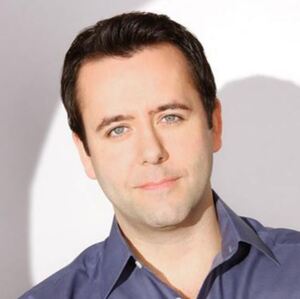 Meet Matt Faucher, Michael Boland, Michael McGuirk, Val Moranto, Richard Westfahl, and Jeff Gurner: all professional and successful actors (some with Broadway credits) who will be on stage in Ridgefield at ACT of CT performing in their upcoming musical, GUYS AND DOLLS!

In the coming weeks, right here on HamletHub, we will each of these incredible actors!
Meet Michael McGuirk

Q. What is your connection to Connecticut?

A: It was just over two years ago that my wife, Amanda, and I headed out of NYC for what we thought would be a three-month stay in CT. We quickly realized that our short stay would soon turn into a permanent move and we started looking for a place to call home: that was Ridgefield. We embraced the Connecticut lifestyle which was made all the more easier by our welcoming neighbors and new friends we were making. We both also found the time to join some of the amazing charitable organizations in town as giving back has always been extremely important to us. As things slowly started opening back up, returning to the new “normal”, we found ourselves surrounded by a vibrant community energy in a cultural district that we still get surprised about.

Q: You have worked in so many productions at so many theaters (both in NYC and across the country). This will be your second show at ACT of CT. What is it about ACT of CT that keeps you wanting to return?

A: I had taken a long hiatus from theatre not knowing when or if I would even return. But as the town started to reopen and restrictions were being lifted there was a buzz going on about ACT of CT and their upcoming season. Being new to town we hopped on board and bought season tickets to see what everyone was talking about. I soon found myself not only enjoying the shows, but cast in them as well! It is one thing to sit in the audience and experience intimately a first-class theatrical experience, but getting to be on the other side (as I was in their production of Jesus Christ Superstar) is when I realized just how exceptional ACT of CT actually is. They have the pulse of the Broadway community that they bring right here to Ridgefield. It definitely helps that their creative directors are still involved with NYC theater and Broadway. Every aspect of the production process (at ACT) is professionally run with everyone’s best interest in mind. The proof, though, is what happens on the stage and the energy that the audience gives back wholeheartedly. It is a magical experience and having performed all around the country, you just cannot find everywhere else. That is the reason that I am jumping back on board - and I cannot wait.

A: My parents loved going to the theatre and we were lucky to have two very good theatres close to my hometown in New Jersey. It was the regional theatres that instilled in me a love of live performances. It is the memories of shows, the moments in them, and especially the songs that were the backbone of my theatrical upbringing. Regional theatres are accessible. They bring the art and culture of live performance to your area. Coupled with that is the fact that theatres like ACT of CT are producing Broadway-caliber performances. It is like having that NYC theatrical experience in your “backyard” with a short drive home afterward but memories that will last much longer.