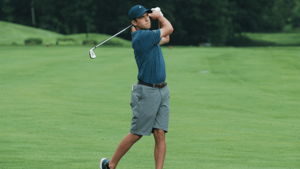 For the first time in the 35-year history of the Connecticut Mid-Amateur the Country Club of New Canaan will be the host. The field will be highlighted by defending champion Rick Dowling who recently competed in the 122nd U.S. Amateur and was the runner-up at the Connecticut Amateur in June.

“I am super excited for the opportunity to defend and I am looking forward to teeing it up with the best mid-amateurs from around the state,” Rick Dowling said.

The par-70 Willie Park, Jr. designed course won’t challenge players in regards to distance, it will only play at 6,350 yards, but the course will require precision off the tee and around the greens.

“It is a short golf course on the scorecard, however many tee shots are limited by not being able to hit a driver so it plays a little longer than the scorecard will show,” said CC of New Canaan head professional Adam Rainaud. “There will be many hybrids and 3 irons hit into these greens which are small in size and very difficult as far as contours, speed, and firmness.”

The signature hole at the CC of New Canaan, the host of the 2020 Borck Junior, is the difficult par-4 sixth. Playing at around 430 yards players typically won’t hit driver because there is a stream that cuts across the fairway at 300 yards and as a result players often select a hybrid off the tee. With an accurate drive still required most players are then left with roughly 185 yards into, “the most difficult green on the course. It has a false front with a stream protecting it,” explained Rainaud. “There are also bunkers on both sides, then if you go over green you are in a really tough spot.”

Play at the 35th Connecticut Mid-Amateur will begin on Tuesday at 7:30 a.m. Following the completion of the first round, the low 36 players and ties will advance to Wednesday’s 36-hole final day.

Ben Conroy (New Haven CC): The two-time Connecticut Mid-Amateur winner will be looking for a third mid-amateur title at the Country Club of New Canaan. Earlier this year Conroy reached the semifinals of the Connecticut Amateur.

Ben Day (New Haven CC): The 2019 Mid-Amateur champion and 2015 Russell C. Palmer Cup winner played in his first U.S. Amateur this week. In CSGA events this year Day has reached the Round of 16 at the Connecticut Amateur and recorded a T2 showing at the Two Man Championship.

Rick Dowling (Golf Performance Center): The defending champion was the runner-up at the Connecticut Amateur in June and he finished T4 at the Russell C. Palmer Cup. Dowling also qualified for and recently played in his first U.S. Amateur.

Jason Longo (Brooklawn CC): Recently Longo earned medalist honors at U.S. Mid-Amateur Qualifying and then followed it up with a runner-up finish at the Four-Ball Championship.

Cody Paladino (Hartford GC): It has been another strong season for Paladino. In May he won the Russell C. Palmer Cup and in July he made a run at the Connecticut Open title before finishing in a tie for fifth. Paladino has also qualified for his second consecutive U.S. Mid-Amateur.

Jamie Sheltman (Wallingford CC): A runner-up at the Connecticut Mid-Amateur last year Sheltman is putting together another impressive season winning the Two Man Championship and finishing third at the Russell C. Palmer Cup.