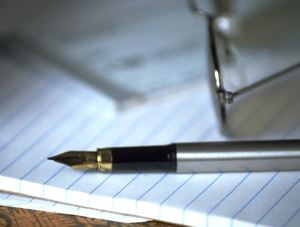 There’s a question that keeps coming up as I work my way across the 26th district hosting a series of Town Hall meetings. At nearly every stop, my constituents ask what we’re doing to make Connecticut a more affordable place to live. I’ve talked about student loan relief, which will help recent graduates stay in Connecticut. I’ve mentioned eliminating the business-entity tax, which will lend a hand to entrepreneurs. But there’s another important reform that didn’t make the headlines; we’re phasing out taxes on social security and pension payments.

Connecticut is one of just 13 states that taxes social security checks. If you’re like me and are still a few years away from seeing your first social security payment, you’ve probably heard about this from your parents or grandparents. I certainly have.

Well, starting this year, senior citizens and those near the age of retirement will see taxes on their retirement income drop. It’s an impact that will have lasting benefits. To put it simply, by 2025, pension and annuity income for individuals making less than $75,000 on their own, or $100,000 as a couple, will see a 100 percent tax exemption on that income. In just 2019, the partial exemption of 14 percent will save $33 million statewide for filers on adjusted gross income and an additional $24 million for Social Security filers. As the exemption amount escalates by 14 percent annually in coming years, that will result in significant reductions on state taxes for households, putting money back in seniors’ pockets and giving them more financial flexibility and security.

It goes without saying that senior citizens play a vital role in our community. Retirement allows many seniors to become dedicated volunteers for local organizations. They’re taxpayers who keep our state and local government running. As the AARP notes, citizens over the age of 50 make up 37 percent of the state’s population, yet their total economic contribution to the Gross State Product is 47 percent and they support 49 percent of state and local taxes. It’s time we lend a hand to these consumers who fuel our local economy and grandparents who teach the next generation how to fish and ride a bike. Our tax structure should reflect the tremendous value of those who live on fixed incomes.

As the cost of healthcare continues to rise, this is a small step we’ve taken to help those who retire in Connecticut. By exempting these payments from the income tax, we’re putting money back in the pockets of long-time residents. They worked to make this state what it is; the last thing they should do is be taxed out of it.