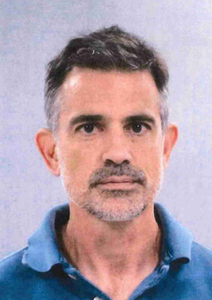 Fotis Dulos was taken into custody for Tampering with or Fabricating Physical Evidence, bond set at $500,000

Today, Wednesday, September 4 at about 2:36 pm, detectives from the CT State Police Western District Major crime unit, assisted by the Office of Adult Probation, took Fotis Dulos into custody on an active Felony Arrest warrant for Tampering with or Fabricating Physical Evidence, in violation of Section 53a-155(a)(1) of the CT General Statutes.

The arrest is part of an ongoing joint investigation being conducted by the CT State Police and the New Canaan Police Department into the disappearance of Jennifer Dulos on May 24, 2019, from her home in New Canaan.

Dulos posted a $500,00 court-set bond and was released. He is scheduled to appear in Norwalk Superior Court on Thursday, September 12, 2019.

Jennifer Farber Dulos was last seen on May 24, 2019 when she dropped her children at school in New Canaan. Police located multiple areas in her garage which tested positive for human blood as well as evidence of attempts to clean the scene. A forensic exam yielded possible blood evidence found on the interior and exterior if Jennifer's 2017 Chevrolet Suburban which was found at 7pm on May 24 on Lapham Road, adjacent to teh southwest portion of Waveny Park in New Canaan.