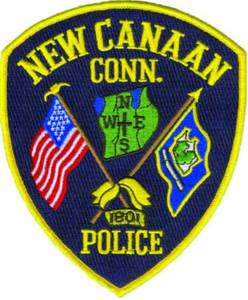 On October 3, 2019, a larceny occurred at the Ralph Lauren store located at 51 Elm Street in New Canaan. Two black females entered the store and proceeded to pick up various pieces of merchandise, and then walk out of the store without paying, approximately $300.00 worth of items taken. After exiting the store they got into a waiting car, which may have been a gray Toyota Corolla with CT registration AR37641.

On 10/4/2019 at approximately 1:30PM, a second larceny occurred at the Ralph Lauren store on Elm St in New Canaan. Multiple clothing items were taken from the store, valued at approximately $4000.00. The suspects were a black female and male. A suspect vehicle seen in the area is an older model Honda Accord, black in color bearing CT Reg # 6ASTG1, vehicle of vehicle attached.

On 10/7/19 a third larceny occurred at Ralph Lauren, value of items taken approximately $4000.00. This occurred at approximately 1:10PM, and involved four individuals, 3 black males and one black female. The suspect vehicle used appeared to be the same as the previously listed vehicle from 10/4/19. Photos attached of suspects.

In both instances, the parties walked into the store, and quickly grabbed as much merchandise as they could before running out the door to a waiting car.

Anyone with information on the suspects or suspect vehicles should contact Sgt. Romano of the Investigative Section at 203-594-3523.