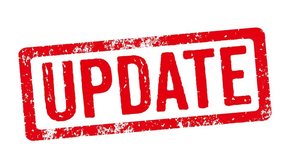 Following an investigation by the SRO and Youth Sergeant, a 17 year old juvenile, (resident of New Canaan) was issued a Juvenile Summons for Breach of Peace.

As this matter involves a juvenile no further information will be released. It should be noted that at no time during this incident/investigation were any students or faculty in harm’s way. The threat was deemed to not be credible.

At approximately 0650 hours on 01/17/20, the New Canaan Police Patrol Division and the School Resource Officer were advised by the school administration at New Canaan High School about a potential threat to the students at the high school. The threat was via social media and was generic in its content but raised concerns of the school administration and in best practice, for the safety of the students, the New Canaan Police were contacted.

The New Canaan Police have provided an increased police presence at the school for this date. An investigation is underway by the SRO and the Youth Sergeant as to the nature of the threat and who is responsible for making the threat. If evidence of any criminal wrongdoing is discovered the New Canaan Police will take appropriate action and will provide additional releases at that time. As this matter is an active investigation no further information will be released.

The safety of New Canaan’s students, faculty and staff is our highest priority.

Our Department will aggressively investigate all threats regarding our schools and we will ensure those responsible for these threats are prosecuted.