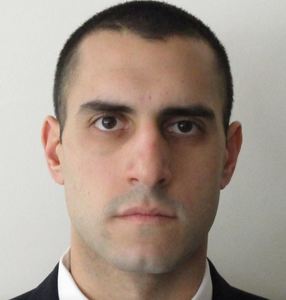 Nicholas is 27 years old and from Pound Ridge, NY. Nicholas was most recently employed by the Burlington, Vermont Police Department, where he worked as a patrol officer for 6 years. He is also a member of the Pound Ridge Volunteer Fire Department. Nicholas graduated from Fox Lane High School in Bedford, NY, after which he attained his Bachelor’s Degree in Business Administration from the University of Vermont.

Nicholas was sworn in on July 31, 2020. As a sworn officer with an out-of-state certification, he will need to take various courses designated by POSTC to attain his Connecticut certification. He will begin his comparative certification training on August 3, 2020, the majority of which will take place at the New Canaan Police Department through distance learning. The tentative completion of that training will be at the end of August. After completion of that training, Nicholas will undergo approximately 8 weeks of field training with the New Canaan Police Department before being assigned solo patrol duties as a probationary police officer. @townofnewcanaan @newcanaanpolice