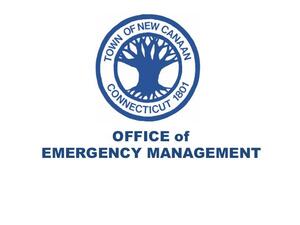 Russ Kimes is a third generation lifetime resident of New Canaan who currently serves as Assistant Chief and head of Volunteers for the New Canaan Fire Department.  He has been a volunteer of Fire Company #1 for 22 years.  He is also a certified Emergency Medical Technician and has many years of experience working in the New Canaan Emergency Operations Center including the major events Hurricanes Sandy and Irene.

Russ is employed full time as a vice president with a leading global investment bank in New York City where he leads the HR Data Governance function.  He also served for 8 years with the US Marine Corps and was deployed in Iraq in 2003.  He is Commander of New Canaan’s Howard M. Bossa and Peter C. Langenus Post 653 of the Veterans of Foreign Wars.

Phil Sheibley is a 16-year resident of New Canaan who retired from a 30-year career with Accenture where he held a leadership role in consulting in the Life Sciences industry.  Phil has been a volunteer with New Canaan’s all-volunteer Emergency Management Service (ambulance service) since 2015, for which he served over the last two years as Captain, responsible for EMS operations including the liaison role with the Emergency Operations Center in emergencies.

Phil is a former board member of the New Canaan Community Foundation and serves as vice-chair of the board of trustees of Lehigh University, his alma mater.

In announcing the appointments of Russ and Phil, First Selectman Kevin Moynihan said: “First, I want to thank Fire Chief Jack Hennessey for his service and leadership as Acting EMD since early June, and especially during the recent Tropical Storm Isaias, where he stood up the EOC for 8 days straight. Jack served as Deputy EMD for almost a decade and remains a key member of the EOC team.”

Moynihan continued:  “New Canaan is very fortunate to have an amazingly talented and experienced Emergency Operations Center team, of which Russ Kimes and Phil Sheibley have been important members.”

“I am very pleased that Russ has stepped up to lead and further serve his hometown as Emergency Management Director as he has for many years as a volunteer leader with Fire Company #1, and as he served our country as a Marine.”

“Russ and Phil will make a terrific team to keep New Canaan prepared for future emergencies and to keep our residents safe.  I personally am very grateful for their dedication and service to our community.”

For questions or additional information, please contact Mimi Pitt at 203-594-3001 or by email to  This email address is being protected from spambots. You need JavaScript enabled to view it. .