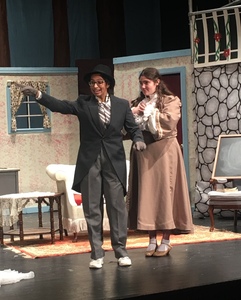 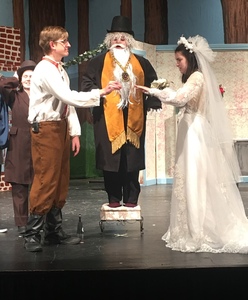 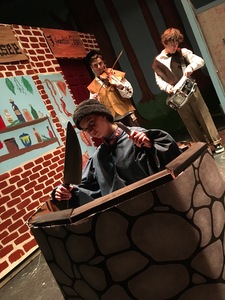 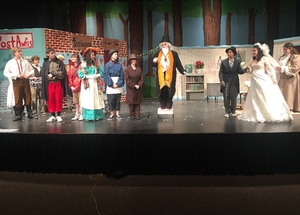 ‘Fools’ by Neil Simon is a comedy set in a town just like any other, Kulyenchikov, Ukraine, except for one thing- all the townspeople are cursed to be stupid till the day they die and it’s up to school teacher Leon Tolchinsky to break it. The NFHS rebel players will be putting on ‘Fools’ on Nov. 16-17 at 7 pm, tickets are $10 and sold at the door at 54 Gillotti Road!

The cast and crew had to say:

“It’s my first time doing tech and it’s so great I love the whole cast and crew it’s such a fun show!” - Emily W, Run Crew

“The play is just so FUN! I’ve made so many awesome friends, and the show itself is so enjoyable. I honestly think that when people see the show they’ll have just as much fun as the actors have!”- Emily R. Yenchna

“Fools is truly an experience you’ll never forget! It’s a fun show for the cast, crew, AND the audience. You’ll be a “fool” if you don’t see it!” - Megan R, Sophia Zubritsky