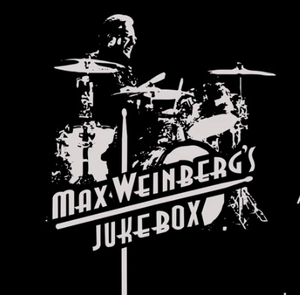 The Max Weinberg Jukebox will be appearing the Ridgefield Playhouse on Oct 4. The longtime drummer for Bruce Springsteen’s E Street Band invites the audience to create the set list he and his crack four-piece group will play that night – everything from the Beatles to the Stones to Springsteen’s greatest hits.

Weinberg, the driving rhythmic force propelling  The E Street Band for 43 years, is also known to millions of fans for his 17 year stint as the bandleader and comedic foil to talk show host Conan O’Brien and is the only musician in history to make the leap from a starring role in one of the world’s iconic rock groups to leading his eponymous band on NBC’s “Late Night” and “The Tonight Show”. And if that wasn’t enough Weinberg managed to do both gigs simultaneously from 1999-2009.

VIP Tickets are $170 which includes private photo-op with Max Weinberg after the show plus Max will autograph up to 2 items of memorabilia (patrons provide their own items for Max to sign).

To purchase tickets or for more information ,visit The Ridgefield Playhouse website.

This event is part of the Pepsi Rock Series, powered by Xfinity and sponsored by Ridgefield Supply Company