LIVE Music and Comedy are Back at The Ridgefield Playhouse

Details
Published on Tuesday, 14 July 2020 13:24
Written by The Ridgefield Playhouse 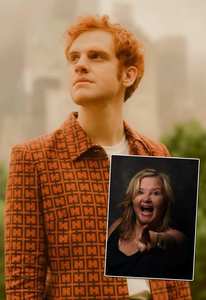 Reserve your seat now for the first LIVE performances at  The Ridgefield Playhouse since the pandemic began. Come and enjoy LIVE entertainment once again in a safe and socially distanced setting! These shows will take place outside at The Playhouse.

Keep it "contactless" by purchasing tickets in advance online, and your concessions/bar order via our mobile site. Your order will be ready and waiting for you when you get here! ridgefieldplayhouse.ordernext.com
JEREMIAH LLOYD HARMON & CHRISTINE O'LEARY:
A NIGHT OF MUSIC & COMEDY
SATURDAY, JULY 25 AT 7PM
Sponsored by Teed & Brown

Don't miss a night of music and comedy – our first live show since early March will be outdoors – with 2019 “American Idol” finalist Jeremiah Lloyd Harmon and comedian Christine O’Leary. The outdoor concert, will take place on the field adjacent to The Playhouse, with seating under a tent. Harmon and O’Leary will be reuniting after performing at a star-studded gala event in New York City last year.

With Support from Freixenet Prosecco