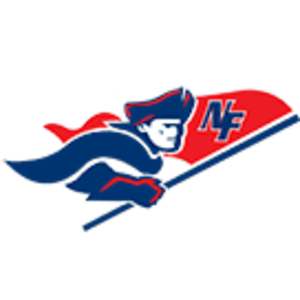 The Fifth ranked New Fairfield Rebels Football season ended at the hands of top seed Bloomfield in the Class S semifinals at Phil Rubin Stadium in Bloomfield on Sunday 22-14.

The rebels turned the ball over 6 times in the defeat, which eventually led to their downfall. The  Bloomfield Warhawk defense took advantage of those six Rebel turnovers to give quarterback Darrien Foster the extra possessions needed to overcome deficits of 7-0 and 14-9.

“Turnovers killed us,” New Fairfield coach Anthony Fata after his Rebels finished at 9-3. “Our defense gave us great opportunities, and we had a shot at the end. This is a tough pill to swallow. It is a shame for their year to end like this. I’m proud of the season they had.” New Fairfield's last drive and attempt to even the score ended when Bloomfield’s Davion Kerr, who had caught 2 touchdown passes on offense, intercepted Rebels QB Justin McCormack and Bloomfield was able to run out the final 3 minutes.

Bloomfield (12-0) will now play Cromwell/Portland, who was a 46-7 winner over Ansonia. The Warhawks are looking for their 10th overall state title and their third in the last 4 years. This season was New Fairfield’s third postseason appearance since 2015 and their quarterfinal victory against Holy Cross 41-7 earlier in the playoffs was their first playoff win since 2015.