Richter is Alive with the Sound of Music 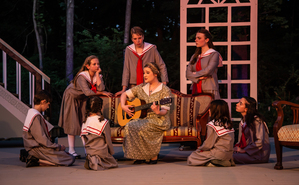 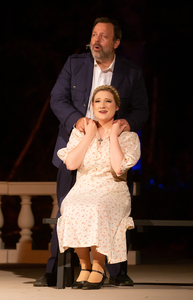 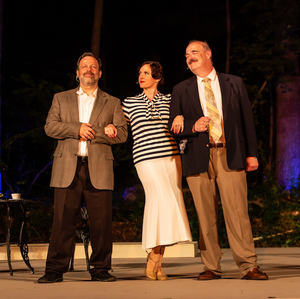 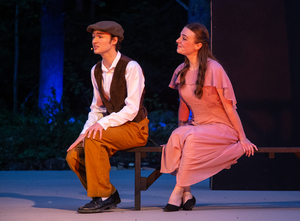 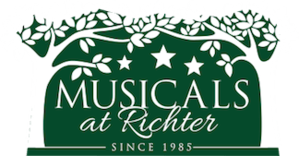 Let’s face it, performing a musical is tough. You stand on a stage for several hours, belting notes from somewhere inside of you, to an audience that sits there and critiques you on your ability to do so. This particularly applies when you attempt to perform a musical that is beloved by millions. Any false step and your audience knows it, making performing any musical that falls into this category a game of chance. This game is one that Musicals at Richter decided to play this year with The Sound of Music – and it is a game that they whole heartedly won.

One of the main challenges of taking on the Sound of Music, before we can even start to talking about the performances of the actors, is replicating the grandiose structure of the buildings that these characters are accustomed to. The Sound of Music was first produced on Broadway in 1959, an era when musicals were pushing the boundaries of what they could and could not do on stage. Each season in this time frame, production values became more and more grand. With only Phase One of what will be a glorious and beautiful new stage completed, Richter actually managed to achieve this effect with minimal set pieces on wheels and using the full extent of the otherwise mostly empty stage, while also using the natural beauty of the existing landscape to represent the mountains of Austria. One forgets that one is actually in Danbury in 2022; the audience member truly feels as though they are in Austria in 1938.

Director Jess Smith did not take the casting of this production lightly. Each member of this cast was clearly chosen for a reason and coached to be the best version of their characters. Playing the role of Maria, Emily Walsh brings her always impressive vocal skills to the forefront. She never misses a note in a score that is so well known, any misstep in will instantly be noticed. Rob Mayette brings an authoritarian yet inwardly kind Captain Von Trapp to the table, who as the show progresses you can’t help but love. Stand out cast members include Allyson Snyder as the over honest Brigitta; she breathes new life and brings an honesty to the character who so very often is portrayed as merely annoying and who, frankly, was robbed of her best moments in the 1965 movie; Claire Simard as Baroness Schraeder, whose lyrical soprano voice brings a certain coldness to the character that makes you wary of her from the moment she starts singing; and Jillian
Flynn as oldest daughter Liesl, whose performance tugs at your heartstrings throughout the entire show.

Special acknowledgement must also be made to Richter for having an ASL interpreter for the performance I attended; very rarely are we able to make performances more accessible and Richter made the choice to make that happen.

The Sound of Music runs one more weekend this week August 4th, 5th and 6th. Do yourself a favor and spend a few hours under the stars in Danbury. It is a night where you will forget your real life for a few hours and leave the complex feeling nostalgic.

For tickets to the Sound of Music click here

Grounds open at 7 PM for picnicking with the show at 8 PM. Audience members are encouraged to bring chairs and blankets for lawn seating. A limited number of chairs are available free of charge at the concession area, and a snack/soft drink concession is on site.