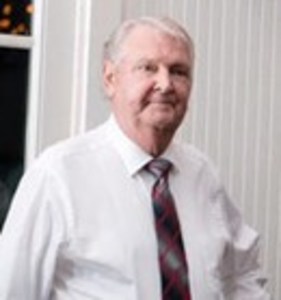 Robert J. Suchy, 76, of New Fairfield, a longtime area educator, coach and athletic director of Immaculate and New Fairfield High schools, died on Friday, December 28, 2018 at Danbury Hospital surrounded by his wife and children. Bob had waged a courageous battle against AML for close to a year.

He was the husband of Judith E. (Curtin) Suchy.

Mr. Suchy was born in Yonkers, New York on June 14, 1942 a son of Stella (Wcislo) Suchy of Peekskill, NY and the late John Suchy.

Mr. Suchy, an avid golfer, he was affiliated with Richter Park of Danbury as a starter and a member of the Richter Park Men's Golf Club.
He was an avid NY Giants fan, UConn Women's Basketball fan and an inductee of the Immaculate High School Hall of Fame and an honoree of the Danbury Old Timer's Athletic Association and the Connecticut Athletic Directors Association.

Bob loved his winters in Florida playing golf with the many wonderful friends met there.
In addition to his wife Judy of fifty-three years and mother, Mr. Suchy is survived by a daughter, Laura Vaughn and her husband Antony of Wolcott, CT; two sons, Robert M. Suchy and his wife Heidi of Roswell, GA and David M. Suchy and his wife Elena Togashi of Arlington, MA; a brother, Donald Suchy and his wife Karen of Newburgh, NY; three grandchildren, Michaela, Ella and Kiyo and several nieces and nephews.